What is Contributory Negligence?

You are here: Home / Motorcycle Accident FAQ / What is Contributory Negligence?

Motorcycle accident claims are based on someone taking a negligent action, or neglecting to take an action that may have prevented an accident. 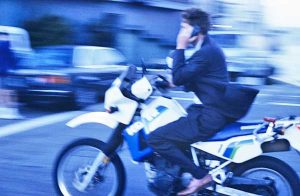 Motorcycle accident claims, and all personal injury claims, are founded on the concept of duty of care, which refers to responsibility a person has to not harm others by their actions. On the road, this means following traffic laws, driving sober, and generally not forcing other drivers to take evasive action to avoid crashes.

Duty of care also applies to manufacturers and entities that maintain our roadways.

Negligence can result in serious bodily injury, and a claim against the person who caused the accident or their insurance company, to reimburse any damages to a motorcycle rider or their bike or personal property.

Negligence is Not Always One-Sided

What if the motorcycle rider also contributed to the accident by actions they undertook? This is called “contributory negligence” and is factored into a motorcycle accident settlement.

There are simply too many examples of contributory negligence to list, but one is speed.

If there is evidence of speeding by the operator of the motorcycle, it gives the defendants an argument that the motorcyclist contributed to the severity of the accident.

This argument does not carry as much weight when the clients are operating a “touring” style motorcycle, as when operating sport bikes.

Whether the allegation of excessive speed are true or not, it is much easier for the opposing counsel to argue that speed is a factor, given that most of these bikes look fast even when they are standing still.

Although a vehicle exiting a driveway or pulling away from a stop sign has the duty to make sure it is clear and safe to proceed, if excessive speed is evidenced by either witness testimony or unusually long skid marks it provides the defendant an argument against accepting full responsibility for the motorcycle accident claim.

This will lessen your award by the amount of the contributory negligence found.

Comparative negligence sounds like a synonym at first, but it isn’t.

Comparative negligence relates to your own responsibility in a motorcycle accident, in comparison to the defendants responsibility.

If the amount is 10% of fault, then the defendant is responsible for 90% payment of damages.

The personal injury victims actions will not bar a recovery sought by his/her motorcycle accident lawyer where such negligence was not greater than the negligence of the defendant, however, any damages that may be recoverable by the victim will be reduced in proportion to the amount of negligence attributed to the plaintiff.

In practice, this is a legal defense tactic used by defendant’s attorneys to reduce the amount of damages they are required to pay the victim.

A simple example of this may be the defenses claim that you were driving above the posted speed limit, and therefore contributed to a motorcycle accident because at the speed you were traveling you were not able to avoid the accident.

Comparative negligence arguments apply when you are represented by a motorcycle lawyer for pain and suffering, as well as for property damage, accident medical bills, and lost wages from your motorcycle injury.

Pennsylvania General Assembly Statute §7102, state that a plaintiff’s contributory negligence does not bar him or her from seeking compensation for damages, as long as he or she are less negligent than the defendant.

A statute is another word for law. So I’ve just quoted the law. In plain english, if you were injured in a motorcycle accident, you can be partially at fault for the accident and still recover damages.

Each party in a motorcycle accident claim is from 0 to 100% at fault. The actual percentage determines how much their action (or inaction) contributed to the accident and any bodily injury.

So Can I Get Awarded Damages or Not?

This means you can recover damages if you were less than 51 percent at fault.

However, If you are found to carry more than 50 percent of the fault for the accident, you will not be rewarded compensation for damages.

As your motorcycle accident attorney, I will evaluate your level of comparative negligence when gathering the facts of the case. Call me at 888-292-5352 (888-cycle-law) for a free, no obligation consultation.

For you history buffs, Comparative Negligence originated from the doctrine of “contributory negligence” which disallows any recovery for the victim if they contributed, even a little bit, to the cause of the accident. This was subsequently modified to become what lawyers now argue as comparative negligence.

One area where motorcycle accidents vary from other areas of the law are in off-road riding. Off-road motorcycle riding area operators do not have a duty to protect riders from common, expected and non-negligent risks inherent to riding off-road, including collisions with other riders or objects.

The principle of voluntary assumption of risk applies to all actions to recover damages for negligence resulting in death or injury to person or damage of their bike brought against any off-road vehicle riding area operator. In other words, no comparative negligence applies in that case.