What is Loss of Consortium?

You are here: Home / Motorcycle Accident FAQ / What is Loss of Consortium?

Loss of consortium is a term used in law that refers to the deprivation of the benefits that a family relationship provides due to injuries. 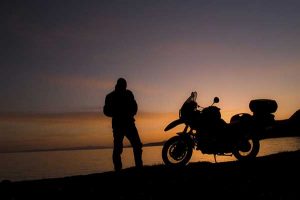 Historically, the relationship between husband and wife has been considered a matter of value worth protecting. Loss of consortium arising from personal injuries was first recognized under English common law over 200 years ago.

The term “consortium” is derived from the Latin expression “per quod servitium et consortium amisit,” translated as “in consequence of which he lost her society and services”, according to Wikipedia.

To put the aspects of this claim in modern perspective, it refers to the loss of the full functioning of your spouse which may include losses to the economic contributions of the injured spouse to the household, care and affection for one another, as well as sexual relations.

There are times when presenting a loss of consortium claim is clearly advisable. If the spouse, because of their own illness or injury, had been dependent on the now physically injured spouse, the loss is clear.

If the physical injury has caused the inability to participate in intercourse, this is worth talking about making a claim.

Loss of consortium is a cause of action available only to family members of a person injured or killed in the accident.

Some Reasons We Would Not Claim Loss of Consortium

Another reason we may decide not to include loss of consortium in motorcycle settlement discussions is that some liability policies are written in such a way that loss of consortium claims are included within the “single injury” limits.

If the physical injuries are severe, a loss of consortium claim is not likely to provide additional recovery beyond the policy limits.

However, in a situation where the negotiable settlement amount for the physically injured spouse appears to be under the policy limits, a loss of consortium claim may allow us to reach the full limits of your policy.

An important question is whether a spouse has an interest in making this highly personal claim.

The case will intrude upon the most private, intimate aspects of a marriage, and all parties will be getting this information, followed by rigorous questioning in deposition.

This question of interest is especially true if the case goes to trial, because the spouse will be asked to testify to a jury of strangers. Not only is this difficult on the person, but also the claim, whether emotional or physical, has to be believable to a jury.

Loss of consortium claims are usually initiated by a Pennsylvania motorcycle lawyer for the uninjured spouse, who may be able to join the injured spouse’s claim for things such as medical bill recovery, lost wages, and motorcycle replacement.

Generally, a loss of consortium claim must be brought at the same time as the physically injured spouse’s claim.

Various jurisdictions view loss of consortium in a couple of ways:

In order to win damages for loss of consortium in a court case, testimony is best focused on the loss suffered by the family unit, rather than the spouse individually.

If not presented to a jury in that way, the spouse may appear as looking to gain monetarily from the other spouse’s pain.

The claim is both an emotional as well as a physical one.

A wife of an amputee may worry about her husband’s when he’s away from home alone; as opposed to testimony about household chores she’s been forced to take over.

People are more convincing talking about the damage done to the person they love the most in the world, than themselves. The marital love in such testimony will show through, giving a jury the opportunity to imagine for themselves the unspoken situation.

The bottom line is, not all motorcycle injury cases that involve a married couple will qualify for, nor be advisable for pursuing loss of consortium. But in cases that Pennsylvania motorcycle accident lawyer Lee Gaber sees as winnable action in this regard, it will be discussed with clients.