Why Hire a Motorcycle Accident Attorney?

The insurance company’s representative will take your case much more seriously if you have representation, and also to your benefit, they will not be able to add pressure for settling for less than you deserve.

As an experienced Pennsylvania motorcycle accident lawyer, I will help you to secure the resources you need to recover from your injuries and get back to riding as soon as possible.

I have worked with clients over many years and have assisted them in their recovery process from all types of motorcycle crashes.

The five main claims that a motorcycle attorney are most helpful for a better recovery are:

We serve all of Berks County including the following cities, townships and boroughs we serve:

This Berks County motorcycle attorney also rides and therefore knows not only the law, but also talks your language when going over the details of the accident. 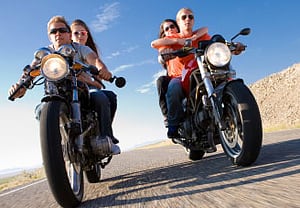 Other than giving your basic information, name, drivers’ license and insurance information, you are not required to give a statement to the officer at the scene of a motorcycle accident, or at any other time, with regard to how the accident happened.

If you feel compelled to give a statement, I suggest that you keep the statement as general as possible without reference to distances or speeds.

You can always contact the police once your head has cleared and you are absolutely certain as to how the motorcycle accident occurred. 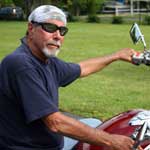 “We weren’t sure where to turn after the accident… So glad our friends told us about The Cycle Attorney! Our questions and concerns were promptly addressed. The Cycle Attorney is not just an attorney but a biker and attorney FOR bikers. THANK YOU!” 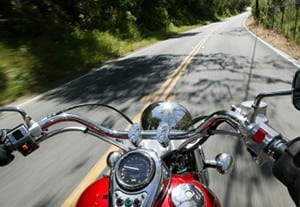 If you have a television, you have heard the cute insurance company jingles. You’ve seen the talking gecko, have become all too familiar with Flo, and have been startled by State Farms’ teleporting claims adjustors.

All the major insurers have forced their advertising and branding into our collective consciousness to one degree or another for decades now. Nationwide Mutual Insurance Company’s slogan (“Nationwide is on your side”) – set to a catchy tune – has been around longer and is less annoying than most.

Despite the fact that car accidents are not generally my focus unless they involve a biker, as a motorcycle accident attorney, I took an interest in a Berks County case, and have been tracking its progress through the system.

It all started back in 1996 when the Bergs, who were insured with Nationwide, were involved in an accident. They brought their Jeep Cherokee to a Nationwide-approved body shop and were told it was totaled to the tune of over $25,000. However, despite being told that the “whole body [of the car] was twisted,” Nationwide sought another opinion and received an estimate for less than half of the $25,000. They insisted that the vehicle be repaired.

When the Bergs found out what happened they contacted a lawyer and sued Nationwide.

It was not just about the money. The Bergs suspected that Nationwide was trying to foist an unsafe or faulty vehicle on them. And ultimately Berks County Judge Sprecher agreed with the Bergs, writing in his opinion:

Nationwide’s actions in this case showed reckless indifference to its own insured when it permitted the Jeep to be repaired and returned to the Bergs to be driven on public roads.

He further added that Nationwide was willing to risk their insureds’ lives to save itself money on the collision claim. This type of treatment is one reason that I recommend other insurance companies rather than Nationwide for motorcycle riders.

The case dragged on until just recently (more than 20 years!), when Judge Sprecher awarded $18 million in punitive damages to the Bergs and an additional $3 million in fees to their attorneys.

Now just imagine if you had been the plaintiff in an accident claim and Nationwide was responsible for repairing your bike. The same thing would have happened to you, unless you were fully insured and fully covered. For Motorcycle accident cases, that would include Comprehensive and Collision coverage, as well as medical.

A motorcycle accident lawyer might be the only obstacle between you and a 20-year ordeal like the Bergs experienced.

Seeing the way Nationwide treated this unassuming couple, can you imagine the foot dragging and disrespect you would face if you made a motorcycle accident claim against them without a tenacious ally on your side?

Unfortunately, Mrs. Berg passed away from cancer at the age of 62 this past April before Judge Sprecher handed down his ruling. She did not survive to see the victorious outcome of her case.