Motorcyclists are at a higher risk for brain injury when they are involved in an accident. A rider can get thrown off the bike, and suffer injuries, however, when you get a massive vehicle colliding with a motorcycle rider, traumatic brain injuries often occur. 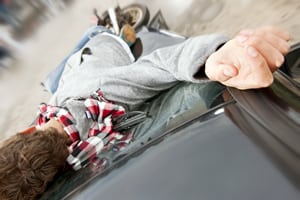 When a motorcycle rider has sustained a brain injury, they are in need of an motorcycle attorney who has experience with serious brain injuries. It is imperative that you receive not only the best immediate care possible in order to recover from your injuries, but also long term compensation.

If you have had a brain trauma injury caused by a motorcycle accident in Pennsylvania, please call 888-292-5352 without delay.

A concussion is more than just a bump on the head

A head injury sustained in a motorcycle accident is often much more serious than it appears at first. 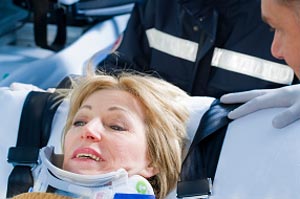 Because many of the symptoms are ambiguous, or do not present immediately, it is not uncommon for victims to sustain a fairly serious concussion without realizing it – especially if they were wearing a helmet.

As a result some sufferers do not even seek medical treatment, much less the services of a qualified motorcycle personal injury claim lawyer.

As a Pennsylvania personal injury attorney who is also an enthusiastic rider, it is more than just my job to help you fight for justice regarding the medical bills, lost wages and other expenses to which you are entitled – it is my passion.

Make no mistake about it, a concussion is more than just a bump on the head; it is a brain injury, and as such can have serious impacts on your life, your family, your finances, and your career.

Some of the signs and symptoms of concussion include:

Even when clients understand that they have sustained a concussion, most do not understand the range of potential long-term effects, which can include continued difficulty focusing, clinical depression, dementia, and early onset Alzheimer’s.

The treatment for a concussion includes bed rest, pain medication and fluids. A patient with a concussion should also obtain follow-up care to be monitored for the long-term effects of a head injury.

Establishing the cause and severity of your head injury

Many concussion symptoms seem either ambiguous as to their cause, or only present much later, and many victims seem fine at first. So it is imperative that you seek the services of an experienced motorcycle personal injury claim lawyer as soon as is feasible in order to establish causality.

Some steps qualified motorcycle personal injury claim lawyers may take to determine the cause and severity of your symptoms include:

Prevention of concussions and head injuries

In some of these cases, speed plays a roll in the severity of the head injury. However, in many cases there simply isn’t much we can do to avoid brain impact due to whiplash effect of the brain inside the skull.

Because the head is located at the end of the body, a whip-like action occurs when the body is violently jarred or thrown. The head is at the end of “the whip” and is prone to strike the road, a vehicle, or another obstacle at high speed.

The Role of a Helmet

Wearing a helmet is the primary method you can employ to prevent or lessen the severity of a brain injury. A helmet will, to some degree, cushion a striking blow against the head.

As of the writing of this article, helmets only provide protection against linear blows, although new designs are currently being developed that help to mitigate rotational forces on the brain.

Chronic Traumatic Encephalopathy (CTE) is a progressive degenerative disease of the brain, with no known cure. It is most often found in football players, and athletes in other contact sports, but in theory virtually anyone with a traumatic injury to their brain can develop this disease.

I say “in theory” because the only way to diagnose this malady is with a brain autopsy after a person is deceased. The medical profession has been performing more and more post mortem testing for CTE to correlate the disease with life trauma.

Motorcycle accident lawyers are hoping that medical science can come up with a test for CTE that can be performed on living people. This would allow us to negotiate higher settlements for our brain injury clients for long term disability and care.

As it sits now, symptoms of CTE, which include memory loss, confusion, paranoia, impulse control issues, depression and/or aggression, can begin to appear months, years, or even decades after the trauma, and cannot be definitively proven.

So the best we can currently, do for making a case for recovering insurance claim money for CTE, is to watch for symptoms to appear over time and see if a correlation can be made within the statute of limitations period between an accident and the symptoms for a motorcycle accident claim.

Of course the ultimate step to a motorcycle accident settlement is to get irrefutable proof that the disease is present in a living person.

Limitations of Helmets and the Woodpecker

Brain injury researchers wondered why woodpeckers don’t have brain trauma as a result of banging their heads against wood all day long. What they found is that woodpecker’s brains, and human brains as well, are remarkably resilient to linear blows.

If the strike comes straight at the head and only pushes the brain in one direction against the skull, the tissue between the brain and the skull will lessen the shock to the brain itself. It is rotational forces that cause the most damage to the brain.

When the brain is turning within the skull, helmets do not provide protection against this type of force and unfortunately that is when severe Brain injuries occur.

It will come as no surprise that the single most effective strategy for preventing a catastrophic head injury on your bike is to wear a helmet. While they are not 100% effective at preventing concussion, the Centers for Disease Control (CDC) estimates that wearing a helmet reduces your risk of head injury by almost 70%.

If you believe you have sustained a concussion due to negligence on the part of another driver, poorly designed or implemented signage, or inadequately maintained pavement, Pennsylvania motorcycle accident attorney Lee D. Gaber can help. Call 888-292-5352 (888-cycle-law) today for a free consultation.

No matter how long we speak or how much I work on your behalf, you will never be charged a fee for any consultation!